Judiciary exams are life changing exams for those who dream of becoming Judicial Officers in India. Those aspirants who are preparing for these exams must have good preparation. Apart from learning the concepts an aspirant needs to master the skill of answering maximum number of questions in the given time. Here are links links to some free mock test that can help you prepare better for your Judiciary Exams.

Mock tests are a crucial part of every aspirant’s preparation. The only way to know for sure if you’re ready for the Judiciary Exam is to take actual practice tests under exam conditions. RostrumLegal offers free mock tests that will help you gain essential test-taking skills and confidence in your abilities. Here’s a list of mock tests based on the Judicial Services Exam Syllabus. You can attempt these mocks free of cost on RostrumLegal App.

The Constitution of India is the supreme law of India. It lays down the framework defining fundamental political principles, establishes the structure, procedures, powers and duties of government institutions and sets out fundamental rights, directive principles and the duties of citizens.

The Code of Civil Procedure is a procedural law related to the administration of civil proceedings in India. The Code is divided into two parts: the first part contains 158 sections and the second part contains the First Schedule, which has 51 Orders and Rules.

Family law, body of law regulating family relationships, including marriage and divorce, the treatment of children, and related economic matters.

The Indian Contract Act, is an act of the Parliament of India enacted for regulating the law relating to contracts and dealing with the rights and liabilities arising from such contracts. The main objective of this act is to establish a uniform code on the subject of Contracts throughout India.

The Criminal Procedure Code governs the procedure for investigation and trial of a crime. It is a set of rules that lay down a code of conduct to be followed by police officers, public prosecutors and judges in the criminal justice system.

The Indian Evidence Act, is an act of the Parliament of India consisting of a set of rules to be applied for determining the admissibility relevance and evidential value of evidence in court proceedings.

The Indian Penal Code (IPC) is the official document for laws concerning crime and punishment in India. It was drafted by Lord Macaulay with the help of Thomas Babington Macaulay, who had been appointed as a member of the Governor-General’s legal council. 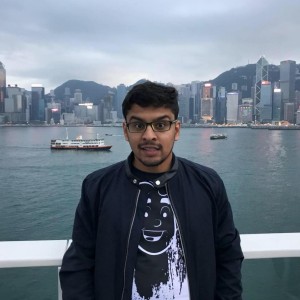